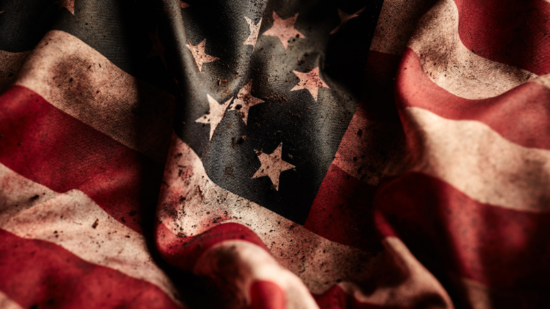 “U.S. forces could, under plausible assumptions, lose the next war they are called upon to fight.

This according to a new [recent] rand Corporation study published last month. If a major war were to break out, this report condemns the United States to defeat, unless certain factors change.

America, the world’s top spender on defense, has a much larger military than the next several militeries combined.

This has led many to assume the nation is secure. But the report notes the following unique challenges America faces:

Because of “China’s emergence as a major international player and Russia’s recently demonstrated ability and will to use military might in pursuit of a revisionist policy agenda, the United States now faces the challenge of dealing with two great power adversaries,” the study warns.

The report states that America’s forces are “failing to keep pace with the modernizing forces of great power adversaries, poorly postured to meet key challenges in Europe and East Asia, and insufficiently trained and ready to get the most operational utility from many of its active component units.”

America’s main geopolitical strategy has been to deter aggression from adversaries, but the report suggests that if a distant nation were to become aggressive, the U.S. wouldn’t be able to sustain long-term fighting.

Its ability to project large-scale war is being called into question for good reason.

The Department of Defense has, according to the study, “placed too little emphasis on modernizing the capabilities, posture and operating concepts of U.S. forces for power projection.”

To battle Russia—along with the above mentioned steps—the study suggests deploying heavy combat brigades in the Baltic states and a smaller one in Poland.

China has been importing state-of-the-art surface-to-air missile systems from Russia and then reverse engineering them in order to accommodate their own systems.

Unlike the U.S., neither Russia nor China has operational fifth-generation fighters.

On paper, these more advanced fighters should yield air superiority against its enemies, but only a small portion of America’s fighting forces are equipped with these jets.

China’s strategy would be to outnumber the U.S. and, by doing so, minimize the impact of these more advanced fighter jets.

Cyber attacks have also increased as Russia and China work to improve their intelligence and disrupt U.S. intelligence.

rand Corporation is far from the only authority drawing attention to the U.S. military’s growing weaknesses.

[J]ust how much military over match the Pentagon has left, after a near-generation of down-punching in the Middle East against fourth-rate foes without strategic success, is now America’s great imponderable.

We have spent trillions of dollars on Iraq, Afghanistan and killing jihadists all over, and the price in military obsolescence and declining morale is evident to anyone who wants to see.

Our Air Force, which hasn’t faced a serious peer competitor in the skies since the middle of the Second World War, is shedding pilots at an alarming rate, while it has far too few F-22 fighters to maintain air dominance worldwide, which Washington has taken as a given for decades.

However, our Navy is in even worse shape, with a staggering number of admirals under a cloud for participation in an appalling corruption-cum-espionage scandal, while our fleet in 2017 demonstrated that it has lost grip on basic navigation at sea, with fatal results.

Considering the U.S. Navy has been the guarantor of freedom of navigation on the world’s seas since 1945, the protector of international trade and the backbone of American hegemony, its sad decline has far-reaching consequences.

That said, our Army is equally unready for battle against a peer. In its shadow war in eastern Ukraine, Russia’s ground forces have demonstrated killing capabilities far beyond what America and NATO can do.

The combination of Russian long-range artillery and electronic warfare has obliterated whole Ukrainian battalions, and right now they would do the same to the U.S. Army.

Grave under investment in field artillery and electronic warfare hangs over our army.

Russia has excelled at artillery for centuries, and that arm is the great killer on the modern battlefield.

Armies that go into battle outgunned by the Russians historically get blasted off the field with heavy casualties.

Right now, the U.S. Army is frantically playing catch-up so it can take on the Russians as equals if it comes to a fight.

Why does America’s military have so many problems, despite spending so much money?

The Bible has very specific prophecies that forecast exactly the situation we see today.

For example, Leviticus 26:20, directed at the modern descendants of ancient Israel (which includes the United States), warns that “your strength shall be spent in vain.”

Is there a better way to describe the way America has poured masses of resources into the Middle East only to see Iran reap all the benefits?

America was once blessed with not only strength and resources but also the innovation and will to use its resources as a formidable world power.

But God has broken the pride of America’s power (verse 19), leading to a failed military that has allowed nations that oppose the U.S. to ascend in might.

For the biblical explanation of America’s rise and fall, read our article “Why the Trumpet Watches America’s Retreat From Global Leadership” in the latest issue of the Trumpet print magazine.

Curated from The Trumpet BY GEORGE HADDAD • JANUARY 4