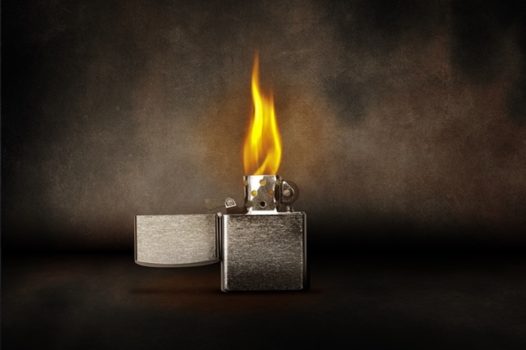 Could The Triangle Fire Collective Bargaining Be Repeated

I watched a documentary entitled Triangle Fire collective bargaining, which is a story about the 1911 Triangle Shirtwaist Factory Fire in New York.

It claimed the lives of 146 workers, primarily women, young and old, that went on strike to protest deplorable working conditions.

The factory owners were wealthy, but they grew up poor, so their zenith about money was to be cheap, tight-fisted and hateful.

I could hardly believe the cruelty and brutality that was perpetrated on women, who happened to be Caucasian, by their employers and people within the community.

As a Black American woman, I am no stranger to cruelty against women of my own race.

I have also read various historical books, so I am aware of America’s past child labor infractions.

Yet, I was ignorant about the plight of women who joined together in a dangerous and hostile environment, to negotiate with their employers about fair wages, working hours and conditions.

Their employers were in for a rude awakening when their employees attempted the Triangle Fire collective bargaining.

I do not believe these women were arrogant or aspired to embarrass their employers.

They were co-bread winners in their impoverished families.

As this country is addicted to free and cheap labor, they were forced to work one step up from indentured slavery.

With little to no education, it must have taken an enormous amount of courage for them to go on strike.

Every penny not earned and brought home was like cutting their family’s throat.

Nevertheless, all of these women were of the consensus to strike!

By nature, women are strong-willed, but had they known the consequences of their decision, 146 lives would have been saved.

As the story unfolded, the employers allegedly felt put upon by the women’s audacity to quit, picket their company in the streets, and cause others to join them.

In 1911, this must have been a huge blow to the employer’s male ego, during a time when women had no rights at all.

Nothing Has Changed And Everything Remains The Same

To add insult to injury, as the women protested in the streets of New York, they found no sympathy.

They were strangers in their own city.

Everyone on the street was their accuser.

Therefore, no one came to their defense to block the brutal blows and attacks.

I thought: Where were their husbands, boyfriends, aunts, uncles, neighbors, friends, children or strangers to help them?

Everyone I saw was either just looking or throwing stones at them.

The women’s protest was peaceful, but prostitute agitators were brought in to start fights with them.

Still, the women stood their ground.

Some may have fought back, which is the natural tendency of a strong woman.

Many of them were thrown into paddy wagons and jailed, bloody, but unbowed.

Still, they rallied in the face of familiar people, who had eaten the hard-earned bread of their blood, sweat and tears.

Yet, now had become their enemies.

The women had become strangers in a strange land, much like protesters today.

Society, by and large hated these women for their perceived arrogance.

The media, like a two-faced buzzard, vilified them at first, but praised them when Anne Morgan, daughter of J. P. Morgan, took up their cause.

She soon abandoned it when rumors spread that she was advocating “socialism” for them.

How dare they want freedom from unpleasant consequences, exemption from punishment, harm or recrimination?

Before they left work, they were searched.

If they cut a finger, they bled and kept on working.

Their employers arrived in America just like most of them did with only the clothes on their backs and no money–looking for the American Dream of a big house, nice car …

Most people did not realize that you could accomplish the dream faster by becoming self-employed.

Their employers knew it and used every illegal and unethical employment practice to take advantage of anyone who worked for them.

Ultimately, the women prevailed in their strike and assumed they had won, thereby conceding to end the strike and return to work.

Little did they know that it was just one of the employer’s con games:   Bait and Switch.

As the women settled back into their jobs, they assumed everything was fine.

Then, all hell broke loose.

The building was on fire.

My first thought was: Someone started the fire to collect the insurance money.

I also had my suspicion about who did it because someone phoned the owners.

As a result, they were able to escape to the roof of another building.

However, there was no escape for mothers, daughters, sisters and children, as young as 14, trapped and left to burn to death.

Because the doors were always locked while they worked, there was no way out except an overloaded fire escape and elevator.

In the end, the owners collected the insurance money and left town.

Most of the bodies were burned beyond recognition.

No human being living in a so-called free country should be subject to the Triangle Fire collective bargaining punishment that these women and children suffered.

We have forgotten our history, which is why we are doomed to repeat it.

I will never forget that:

What I know for sure is that no one goes unpunished for mistreating others.

Not me or anyone else.

It may take years, but the retribution(s) are passed down to another generation.

As you sow, that shall you also reap!

This is a true story that is deeply disturbing.

Because I see history on the verge of repeating all around the world.

Not by a fire, but a rain of layoffs and the revocation of the right to protest, with similarities to the Triangle Fire collective bargaining tragedy.

As a former worker in the private sector, I can relate to these women.

In closing, let us read and get all of the facts before we pass judgment on someone who has the legal right to strike and protest for fair wages, working hours and conditions—in pursuit of the American Dream.

Let us also ask ourselves can we trust that the Triangle Fire collective bargaining tragedy won’t happen again?