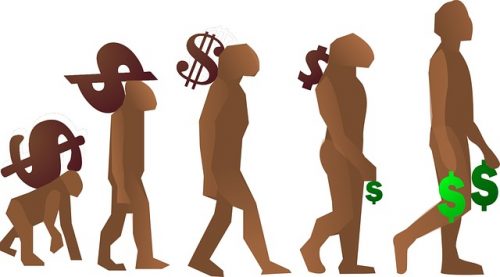 Could Your Student Loan Debt End With Bankruptcy?

Americans believe the only path to success is through a college education and paying off student loan debt versus bankruptcy is their only option.

College remains the accepted path for 68.1% of high school graduates, according to the Bureau of Labor Statistics.

For most students today, student loans are the way to pay the expenses of a higher education.

The average student loan debt for a college student in 2010 was $25,250, up 5% from the previous year, according to a study by the Project on Student Debt.

For the first time in history, total student-loan borrowing for one year surpassed the $100 billion mark in 2010, making the total outstanding debt more than $1 Trillion.

Some experts such as Richard Wolff believe that the student loan debt problem will continue to get worse.

Over the past 50 years, the rate of college tuition inflation has ranged from about 6 to 9% annually, sometimes twice the normal rate of inflation.

With college becoming more financially out of reach and the economy largely failing to put all of the college graduates to work, experts believe that more and more people will be unable to pay these loans.

Can Student Loan Debt Be Written Off By Bankruptcy?

Current laws don’t allow student loan debt to be written off by bankruptcy proceedings, regardless of how bad a person’s financial situation becomes.

So graduates who are bankrupt will likely continue to pay on their student loan debt.

Some students with more than $100,000 in debt may pay the equivalent of a house payment each month for sometimes more than twenty years.

Economists fear that as this problem continues to grow.

Traditional purchases like homes and other economy-stimulating activities could be largely stifled, impacting the growth of an already fragile economy.

This problem is much more than a theory.

A recent survey found that around 50% of bankruptcy attorneys reported significant increases in clients who list student loan obligations as a significant financial burden.

Another survey of the class of 2005 found that one out of every four became temporarily delinquent or haven’t paid for a significant period of time.

Bankruptcy attorneys believe that the only way to fix the problem is to allow for student loan debt to be discharged in the same way as credit card or other debt through bankruptcy proceedings.

Some believe that this would be just another taxpayer bailout of the student loan industry since a large portion of debt is through government agencies.

Much of the debt is already held by taxpayers.

Others believe that college tuition inflation needs to be brought under control; but there is little hope for that in the near future.

There’s no doubt that the student loan system is in desperate need of reform, but comparing it to the mortgage crisis may be inaccurate.

Although the total amount of outstanding student loans now stands at about $1 trillion, some believe that number is small compared to the roughly $13.5 trillion in outstanding mortgage debt.

The fact that most people have not paid off their student loan debt means that figuring out how to pay for it is hard.

It’s important to remember that outside of the circumstances that may qualify you to have your loans forgiven, canceled, or discharged, you remain responsible for repaying your loan—whether or not you complete your education, find a job related to your program of study, or are happy with the education you paid for with your loan.

Even if you were a minor (under the age of 18) when you signed your promissory note or received the loan, you are still responsible for repaying your loan.