Stand Your Ground Rural Homesteaders Alone: I Shall Not Be Moved 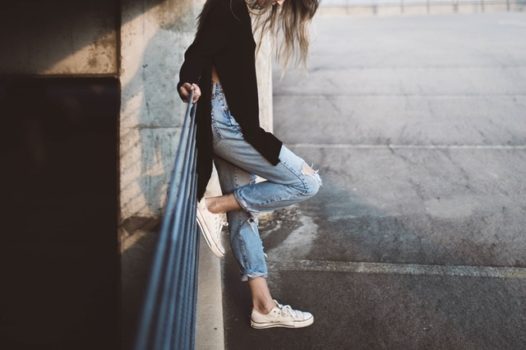 Stand Your Ground Rural Homesteaders Alone: I Shall Not Be Moved

Don’t Rally To Hate For The Elected

This is a call to action for all seniors, people with disabilities, and rural poor of all races to come out of hiding and stand your ground.

Why are you afraid?

Are you afraid of those you have to rely on for public assistance and governance.

Once you give in to fear, it has no boundaries.

Fear doesn’t care whether you are strong, healthy and/or wealthy.

So, why do the people who are strong, healthy and wealthy choose to persecute those who are lacking in the same God-given privileges?

Instead of being able to live freely within the confines of limited health (mental or physical), you may be confronted daily with the threat and challenge of losing our public assistance, transportation to health facilities, isolation, intimidation by vicious dogs, slander of character, ridicule by name calling, prejudice, Jim Crow racism, discrimination, abuse of power, and labeling.

As we all know, the United States is no longer dominated by any one group of people.

Yet, I am not writing to plead for diversity of cultures.

I am concerned about the rise of “Jim Crow” referendum upon those who are less fortunate in our community.

The forgotten people … the ones who vote faithfully for those who later inflict hardship and threaten one’s well being if you don’t comply with their wishes.

I am an advocate for these people because I am one of them.

For the past several years, I have experienced all of the hardships previously mentioned including having vicious dogs set upon me for no apparent reason.

I am almost 65 years old, but I shall not be moved.

Some communities are not healthy to live in, but we have to live somewhere.

What is the point of calling upon public officials and professionals for assistance, only to be further ridiculed, laughed at, disrespected …

Remember, we have already been categorized, therefore, expect no help!

And, if your name is not listed on a voting roster, you don’t even exist for their purposes.

Fear tactics are unjustified and unconstitutional in a so-called moral, civilized society.

Sadly, our country is headed for class distinction “the have and the have not.”

Fortunately (yes), there was a severe economic downturn a decade ago that helped to correct some of this “class distinction” curve, and it will repeat for another correction.

Our “categories” are in trouble when politician’s set about to prove a public citizen is crazy, weak, stupid …

How do you think they would use this type of information and slander?

Would they use it to arrest you, send the police to shoot you down without provocation, take advantage of you?

It’s the sign of the times folks, and Jim Crow is still in town.

I could tell you stories that my mother told me about how my forefathers suffered in similar ways people are being intimidated in 2017.

You have probably heard similar accounts.

They always have a secret agenda, which is to “take” something from you, and they’re willing to take it by force …

Don’t be influenced to hate a neighbor who looks or acts different, if they pose no threat to you.

Case in Point: Henry Louis Gates, Jr., renown professor and long-time resident of Cambridge, MA, and senior with disabilities, was not excused from suspicion when the police was ordered to raid his home and arrest him, without recourse.

It could happen to you.

We live in a republic—not a democracy, but either way, it makes no difference.

Don’t be moved in these trying times and stand your ground with every ounce of God-given courage to protect your rights and freedom on your rural homestead.

The Swedish Fire Log Stove | Swedish Fire Torch | All In One Stove
The Swedish Fire Log Stove | Swedish Fire To...
FAQs On The Food and Drug Administration | It's Your Watchdog
The FDA Protects U.S. Consumers Food for Sa...
Heat Your Home Not The Outdoors – Rural Money
Ways To Heat Your Home, Not Outdoors Cold ...
America's Job Crisis: Middle Class Is Again The Working Poor
The Middle Class Labor Force Is Disappearin...
How To Make A Breathable Durable Face Mask Without Sewing
I got tired of looking for face masks so I de...
stand your ground law Leave a comment
Share