7 Rural Towns Where Land Is Free For Homesteading 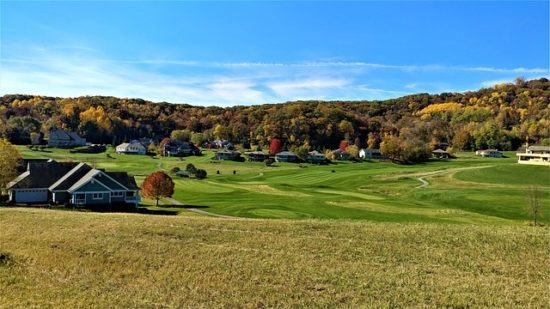 7 Rural Towns Where Land Is Free For Homesteading

As small towns suffer from a continuing flight to urban areas, some states in these troubled times have rural towns where land is free.

As small towns suffer from a continuing flight from rural toward more urban living, some groups and governments in these troubled times are offering free land.

In fact, the town of Beatrice, Nebraska has even enacted a Homestead Act of 2010.

As with the homesteaders of the 1800s, the new pioneers must not be the faint of heart—they can’t be the type to shy away from the trials of building a home from the ground up, or the lack of Starbucks on every corner, or unpaved roads (extremely remote location and lack of infrastructure is probably what caused a well-publicized land giveaway in Anderson, AK to flop).

If the Google Maps overhead view of the vast open space surrounding the modest street grids of these towns doesn’t instill cabin fever, then read on—these parcels are up for land grabs. By Colleen Kane Posted 17 Nov 2010

Marne is a southwestern Iowa community with a population of just 149 or so, about 60 miles from Omaha and 80 miles from Des Moines. It was never a big town (pop. 617 in 1875), but the head count really began declining around the turn of last century, through the teens and 20s. “The decline of the family farm affects rural areas like this, says Mayor Randy Baxter.

“Back in the ‘60s and ‘70s, the more smaller farms, and small towns supported the folks in the country, but now those homes aren’t there anymore.”

In hopes of boosting that number, the Marne Housing and Development Corp. has made four free lots available: 3 for private and 1 for commercial use. The first family to take advantage of the free land moved onto their new property the fall of 2008, also availing funds from the USDA’s Rural Development Agency for building their home, and they qualified for $10,000 down payment assistance from the Southwest Iowa Planning Council.

To take advantage of the free land in Marne, applicants need only to submit a proposed floor plan for the house they want to build. It’s not restrictive, but Baxter notes that it must be within reason — no trailer homes, no horses or livestock.

Among the unreasonable proposals for the land: “They want to bring a camper, hogs or store junk there.”

New Richland is a town of about 1200 in southern Minnesota, 75 miles from the outskirts of the Twin Cities, offering lake recreation and many fine churches. If this sounds like home, then consider a free 86’ x 133’ lot on the Homestake subdivision on the northwest side of town. Those who claim lots must build a house on the property within one year.

The land itself is free, but assessments for services are provided by the town such as streets, curb and gutter, water and sewer. The fee for these is about $25,000, which suddenly sounds a lot less like “free,” but through Tax Increment Financing this number is reduced to about $14,000 for qualified candidates, which is paid over 15 years on a semi-annual basis along with real estate taxes.

Kansas has so much free land offered throughout the state by local Kansan governments and development groups that there’s an online hub to organize all the information, the appropriately named Kansas Free Land.

“Most rural areas in Kansas have been declining in population since 1900, so rural Kansas communities either fight or disappear,” says Jenny Russell, Republic County Economic Development Coordinator for Republic County in northern Kansas.

Her county has opted to fight. Republic County has a free land option available for the right industry and free residential lots throughout its communities for new home construction. Russell cites the area’s rural advantages: very low overhead costs compared to cities, and “With developing technologies, businesses are now able to conduct their operations from almost anywhere.”

Kansas Free Land links to more than a dozen communities, from Herndon, population 124, to towns with populations in the low thousands, each with their own offers and requirements.

With a population of about 12,564 and situated just 40 miles south of Lincoln (via the Homestead Expressway) and 99 miles from Omaha, Beatrice is one of the most populous and more accessible locations on this list. In this case, the aim is not to stave off the death of a town with a dwindling population, but to clean up neglected properties and get them to generate taxes and utility fees once again.

Hoping to attract industrial employers, the city and county of Muskegon, Michigan, (pop. 174,344) launched Muskegon 25. Under this program, companies that will bring in 25 full-time jobs or more will be granted industrial park property for building, complete with all services, gratis. In addition, the industrial parks are situated in low tax “Renaissance Zones.”

Muskegon Area First is hoping to attract food processing industry, other suppliers for local industries, and alternative energy providers. New or existing companies creating 25 jobs are allotted five acres, 50 jobs get 12 acres, 75 jobs get 20 acres, and 100 or more jobs get 20 acres. The program also provides discounts at rates proportionate to the amount of jobs created. The 25-job companies are entitled to 50% off water and sewer bills, and the discounts increase from there, down to 20% of the full rate.

State business credits and other tax incentives are also available. To sweeten the deal further, the city will even throw in tickets to Lumberjacks hockey season tickets or a local boat slip to qualified participating companies.

Curtis is known as Nebraska’s Easter City due to its famed 40-year-old Easter Pageant tradition. This 3.266-square-kilometer community of approximately 832 persons in southern Nebraska’s Medicine Valley has the Nebraska College of Technical Agriculture and an airport three minutes away.

Additional free lots are available through the city of Curtis that overlook the all-grass nine-hole Arrowhead Meadows Golf Course, which is one of the best public courses in the state—at least according to Medicine Valley’s Economic Development Web Site.

Camden is the coastal exception in this otherwise-landlocked list of free land locales. The charming New England berg of about 4,052 citizens is offering 3.5 acres of land near Camden Harbor for a business that will create at least 24 jobs.The former industrial site on the Megunticook River, refurbished by the Town of Camden, comes equipped with 3 Phase Power, Sewer, Water, Cable, Broadband, and parking is available for up to 300.

Clearly, this is a prime deal for the right company. The Town of Camden is hoping for a company from industries such as biotech, information technology, financial services, medical labs, film, or green businesses. In fact, those last two listed industries are encouraged, as creative economy employers are encouraged and environmentally friendly businesses are given preference in this search.

How To Make Money Online Fast In Rural America
Make Money On The Internet With Little Or N...
How Do Face Masks Work To Protect You From Infected Individuals?
At the start of the pandemic, there were mixe...
Homestead Tough: The Hardships Of Homesteading Have Solutions
Even homestead tough females contemplating th...
rural towns where land is free 1 Comment
Share

Quality rural money and homestead information that impacts on user's satisfaction and intentions to use it to yield benefits for his or her homestead.

This error message is only visible to WordPress admins