Rural Poverty Is Man Made – How To Overcome Yours!

I observed how people suffer from not having enough money and observed people work hard all their lives only to end up in rural poverty.

Disclaimer: I am an Amazon Associate; therefore, this post may contain affiliate links for me to earn a commission. RuralMoney.com is a participant in the Amazon Services LLC Associates Program, an affiliate advertising program designed to provide a means for sites to earn advertising fees by advertising and linking to Amazon.com.

I decided to do something about it.

As a child and adult, I observed how poverty and being broke destroyed people’s dreams.

Poverty has caused people to die.

Also, poverty has caused people to be wrongly imprisoned because they do not have money to pay for adequate legal counsel.

Rural poverty has caused gifted people to not have the opportunity to show their gift to the world.

Poverty has caused children to be taken away from their parents.

As a child, I wore my brother’s underwear because of poverty.

I observed how poverty caused my parents, me and my five siblings so much grief and suffering.

Had we had enough money, we would not have had to go through that.

Had we had enough money, my family would have had a more enjoyable life.

I felt it was my duty to create a comprehensive, easy to apply and understand, truthful rural money website to help people help themselves get out of the cycle of:

Rural Money – How To Make Money In Rural Areas is my contribution to society to help stop the financial suffering of many people.

From this day forth, the only way you will ever be broke is to not look for and try different opportunities.

What Is Rural Poverty?

Rural Poverty is man made!

For the purpose of this post, I define rural poverty as the following:

Why Is Rural Poverty Man Made?

There is no lack or poverty in the universe, yet, on Earth there is prevailing poverty, in a world of vast resources and wealth such as:

There is no rural poverty in the universe.

The only poverty that exists is man made.

When you hear people complaining about lack, they are succumbing to a poverty mentality.

A poverty mentality contributes to poverty.

A rural poverty mentality contributes to poverty in every aspect of your life.

And, contributes to you having an excuse for living in rural poverty.

There is enough for everyone on the planet Earth to have what you need.

Even though there is enough in our universe for everyone to have what they need, there are still people who live in poverty, and people who continue to be broke.

My research suggest that people live in rural poverty or are always broke because they do not want to be successful.

What evidence do I have?

When you aspire to be successful, you will do what successful people do to NOT live in poverty, and stop being broke.

Being broke is defined as not having money to adequately take care of yourself.

The truth of the matter is that people are taught to be broke.

Being broke is learned behavior.

Most people are not adequately disciplined, trained, or programmed to make, have, keep, and handle money.

Rural Money Example:  Would you give your spouse, children, grandchildren, parents, or grandparents a loaded pistol without first educating them about the law of owning a gun, then training them how to handle a gun?

Without proper education and training in handling a loaded gun, they could hurt themselves or someone else.

First, you give a person the law about owning a gun.

Then, you educate them about safety issues in owning a gun; and provide them with the training on how to use a gun.

When people are given a gun without proper instruction, bad things happen.

They end up killing or wounding someone, shooting themselves or leaving the weapon in an unsecured location–where someone could steal it.

When people are given a huge sum of money without education and instructions about the law of having money, bad things happen to them.

They lose it, hurt people with it, hurt themselves with it, and end up broke.

Without proper instruction and discipline, having a lot of money could contribute to bad things happening to a person, like alcoholism, drug abuse, and bad investments.

What Are The Laws Of Rural Money?

The reason people are broke in rural areas or become broke is because of:

Not being educated about making money, not being discipline with money, and not being programmed to having and keeping money.

If you’re living in rural poverty, let me educate you about making and saving money in rural areas!

Environmental Emergency Preparation For Another Shutdown
If you weren't prepared for the pandemic, the...
How To Build A Secret Root Cellar For Meat | Updated
Before refrigeration, there was no root cella...
Power Outage: Off The Grid Handy Helpers For Self Reliance
If you're looking for easier off the grid han...
Newnan GA Roof Chimney Leaks: Contractor Repair Tips
Why Newnan GA Roof Chimney Leaks Require U...
Deer Poaching: Facing Meat Shortages Some Turn To Illegal Hunting
Many people, not just hunters, may be conside...
rural poverty
Share 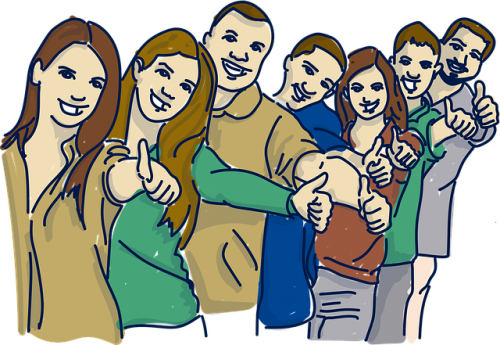 Rural Poverty In America Is The New Wealth