How To Recover Precious Metals From Cell Phones For Cash 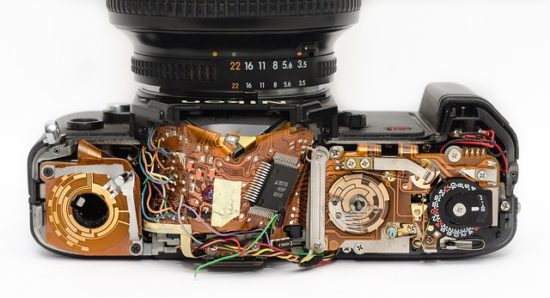 End Of Life Electronic Equipment Are Worth More Dead Than Alive

About 130 million cell phones are retired annually in the U.S., which means there is a huge opportunity to recover precious metals from cell phones.

The good news is recovery and recycling of cell phones for the extraction of precious metals are in early stages of development.

The recycling of electronics in general is also in early stages of development.

For many people, it is economically viable.

They’re recovering precious metals from cell phones in their garage and making a nice living.

On the other hand, the “experts” would have us believe that efficient recovery infrastructure, product designs that simplify dismantling, and other changes are needed to facilitate the growth of cell phone recycling.

As you can see in the video, a homepreneur is doing it very well.

Don’t wait until the market is saturated until you decide to get into this lucrative home based business.

Other recyclable cell phone components include:

There is huge potential for making a lot of money in the recovery of precious metals from cell phones because these are critical minerals.

The Market Is Hot For Gold, Silver And Cell Phones

The demand for gold and silver is escalating with increasing usage of electronic devices around the world.

According to ResearchGate.net, “Demand for gold and silver has been escalating with increasing usage of electronic equipment globally. Around 267.3 MT of gold and 7275 MT of silver are being consumed annually for manufacturing mobile phones, laptops and other electronic equipment. However, only 15% is recuperated from these equipment; the remainder lies in the storage yards or landfills. The waste comprise glass, plastics, wires, batteries, PCBs, metal casing, etc. The PCB is composed of precious metals, which creates immense purpose for recycling and recovery. This paper characterizes and assesses the recoverable metallic fraction of gold and silver from PCBs of mobile phones. The methodology is based on dismantling of the mobile handset and subjecting the PCBs to roasting and acid digestion. The digested samples were analyzed by atomic absorption spectroscopy and the content of gold and silver in the PCBs was to be found in the range of 0.009–0.017% and 0.25–0.79% by weight respectively.”

In other words, the demand for gold and silver for electronic equipment is greater than supply.

End Of Life Mobile Phones, Etc. Are Worth More Dead Than Alive

Even though cell phones are made of more than 50 components as a comprehensive unit, it is considered hazardous waste and e-waste.

That’s why most people throw them away and/or keep them for fear of improper disposal.

However, that just means that there is a low barrier of entry into this business because the supply is so great.

Since mobile phones, etc. are a municipal solid waste and public health concern, you may be doing them a service.

But, there are other concerns about the disposal of the “waste” components that you don’t want.

How To Recover Precious Metals From Cell Phones, Etc.?

Not many people know that gold and silver are present in electronic equipment.

Or, that these precious metals can be extracted from obsolete and/or damaged mobile phones and other electronic devices.

The fact is these scrapped electronics contain appreciable amounts of gold in their composition on the mother board.

Some research state that the gold content used in each device may vary.

Also, the gold content found in some devices is much higher than the average levels found in gold ore, which is 5-10 grams of gold per ton.

Extracting the gold and silver seems to be a process for a someone who is highly capable of using common hand tools.

But, if you also choose to use chemicals, it seems more disadvantageous.

Call The Midwife: Set Up Your Own Practice
A generation ago, most babies were born at ho...
Room And Board: How To Make Ends Meet In Austere Depression
Turn Spare Bedroom And Board Into Cash In di...
How To Start A Business Of Being A Laid Off Mom | Rural Money
How You Can Be Laid Off Mom And Make A Litt...
Roadside Produce: Making The Case For A Fresh Start
Kim Wilson turned a zeal for getting her hand...
How To Make Money With Homemade Moon Wine
At present, the federal tax on liquor is appr...
how to recover precious metals from cell phones Leave a comment
Share