Postal Banking: Why The Post Office Will Become Rural Banks 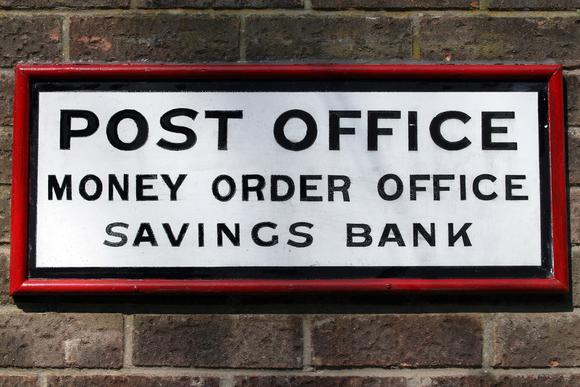 Postal Banking: Why The Post Office Will Become Rural Banks

If you live in a rural area in the U.S., you will have to do postal banking because the U.S. Post Office will soon become your bank.

Some of my early readers may recall that I have been writing about postal banking for over four years.

At the time, postal banking sounded like a far-fetch idea, even to me.

The fact is, postal banking isn’t a new idea for some Senators who have discovered that nearly 28% of U.S. households are either unbanked or under-banked.

Therefore, they want to turn U.S. Post Offices (back) into banks.

Some Senators are looking at adding banking to U.S. Post Offices.

Their theory is that this lack of access to affordable financial services drives the working poor to rely on costly and often predatory alternatives.

But, what if a trusted, accessible, and secure government agency (that receives no tax dollars for operating expenses) with the world’s largest retail network (31,000 branches serving every urban, suburban, and rural community in the country) existed that could help fill this void?

While the idea of postal banking is not a new one, it got a big boost in 2014 with the publication of a white paper from the USPS Office of Inspector General.

Senators Elizabeth Warren and Bernie Sanders have voiced support, as well as the U.S. Conference of Mayors.

According to Warren, “If the Postal Service offered basic banking services, nothing fancy, just basic bill paying, check cashing and small dollar loans, then it could provide affordable financial services for under-served families, and, at the same time, shore up its own financial footing.”

What Makes The Postal Service Well Situated To Fill The Void?

Of the bank branch closings between late 2008 and 2012, 93 percent have been in zip codes with below-national median household levels (rural areas).

While banks may be abandoning locations where the under-served live, post offices are not.

More than a third (38%) of post offices in the United States are in zip codes without a single bank.

Almost a quarter more (21%) are in zip codes with only one bank.

Post offices have an established relationship with the unbanked.

Whereas, many unbanked individuals have never stepped foot in a bank, post offices are familiar to many without a bank account.

In unbanked neighborhoods, the most common transaction in post offices is money orders, which are especially beneficial to those without bank accounts.

The postal service sold 109 million money orders in 2012, and is the leader in the U.S. domestic paper money order market.

This product flourishes without any marketing strategy by the Postal Service, simply because it fills a need.

A 2013 survey found that only 26 percent of the American public has much confidence in U.S. banks, contrasted with 68 percent agreeing that the postal service is reliable and trustworthy.

The U.S. Postal Service was identified as the fourth most trusted company in the United States, and the most trusted federal entity when it comes to privacy.

Early on, the program was particularly popular with recent immigrants, many of whom came from countries with postal banking.

During the Great Depression, the system grew in popularity as it was a safer place to save than unregulated and failing banks.

At its peak in 1947, more than 4 million customers had accounts with deposits totaling $3.4 billion.

Deposits declined as traditional banks increased interest rates, as a period of tighter regulation was ushered in, and as U.S. savings bonds (also with higher interest rates) grew in popularity.

In addition, financial services accounted for 14.5 percent of revenue for postal organizations in industrialized countries in 2012.

Offering financial services via the U.S. Postal System will not single-handed solve income inequality in the United States.

The postal service would better serve the needs of potential customers and the nation, because it won’t victimize customers.

It would be a tremendous step forward for the country.

The Washington Post wrote an interesting and thought-provoking article:

Postal banking is making a comeback. Here’s how to ensure it becomes a reality.

“The increasingly pressing question of the unbanked — and financial access more broadly — has become inescapable in light of the recent obstacles to delivering stimulus checks. Faced with the economic challenges of covid-19, the federal government attempted to provide struggling Americans with some income — and the broader economy with much-needed stimulus — by issuing $1,200 payments to many people. “

Final thoughts: Just to be a little mysterious and prime you for a future article about Social Security, remember $1,200.

5 Insurance Tips That Insurers Don't Want You To Know About
Discover the five ultimate tips that will hel...
How To Collect Social Security Benefits If You're Under 65
Steps To Take To Collect From Social Securi...
4 Best Jobs For Seniors After Retirement To Do What Matters
Step Out Of Your Comfort Zone And Kiss ...
How To Build Your Rural Money Survival Emergency Fund Before SHTF
medianet_width = "728"; medianet_hei...
How To Get Mortgage Assistance From Veterans Affairs
If you are a veteran or the unmarried widow o...
post offices into bankspostal bankingturn u.s. post offices into banks Leave a comment
Share