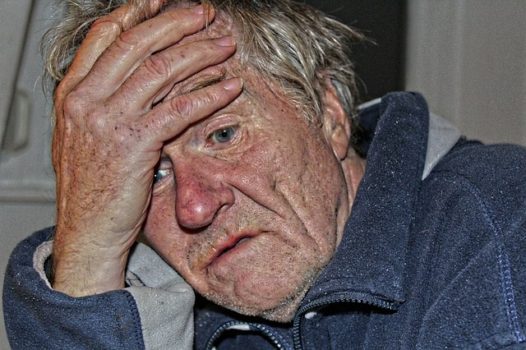 Save Money By Gutting Senior’s Medicare

On the campaign trail, Trump promised — repeatedly — he wouldn’t cut Medicare benefits, but that was then: Trump promised over and over to ‘save’ Medicare.

He also promised to save Medicaid and Social Security.

This is now: Seniors will pay the price for Trump’s Medicare cuts.

Trump released his 2019 budget last week, and it included $266 billion in cuts to Medicare, which provides health insurance to 58 million Americans 65 and older and people with certain disabilities.

Howard Gleckman, a contributor for Forbes, breaks down the proposed changes: What Trump’s Budget Would Mean For Seniors

— Medicare drug benefit would be restructured to reduce costs for some beneficiaries but raise them for others.

“Trump has proposed eliminating cost-sharing for seniors with very high prescription drug costs, but at the same time he’d increase out-of-pocket expenses for many others, especially those who have significant costs but have not quite reached the threshold where medicine would be free ($8,418 this year).”

— A freeze on most funding under the Older Americans Act, which provides money for social and nutrition services for seniors including Meals on Wheels. While the proposal has a small increase for food programs, it would cut funding for disability programs by about 30 percent, Gleckman reports.

— Gets rid of federal block grants that states use to fund programs for seniors.

— A new six-week family leave program would be created. But it would exclude people caring for frail parents or other relatives with disabilities.

“Each time this proposal surfaces, it focuses only on parents of newborns (and sometimes adoptees) but ignores the needs of families caring for aging parents and other relatives with disabilities,” Gleckman writes. “Families are not just parents and babies. There are millions of adult children — usually daughters — who put their paid jobs at risk by taking time off to help frail parents or disabled siblings.”

— The elimination of the Senior Community Service Employment Program, which provides job training to low-income job seekers ages 55 and older.

Nancy Altman, president of Social Security Works, wrote this in response to Trump’s FY19 budget proposal: “Despite Donald Trump’s numerous promises during his presidential campaign to not cut Social Security, Medicare, or Medicaid, he proposes to cut all three in his just-released budget. And not just by a little. He proposes cuts of over $1.8 trillion to the three programs. On top of that, he proposes to slash Meals on Wheels, home heating assistance, and other programs on which seniors rely. It is noteworthy that Republicans just passed, for almost the same price tag, a huge tax giveaway to their donors. So that’s the Republican plan: save money by gutting programs for the elderly and transfer the savings to the billionaire class.”

In a 2015 speech Trump said: “Save Medicare, Medicaid and Social Security without cuts.

Here are the times Trump swore he would save Medicare

“Despite having become the governing party, Republicans still show little interest or competence in governing with a broad-based vision of what quaintly used to be called the ‘public good,’ ” wrote The Washington Post’s Jennifer Rubin, who writes the Right Turn blog, which offers a conservative perspective. “The GOP no longer objects to big government but, by the same token, it is not providing a lot of services or outlays that help a broad swath of Americans.”

The big problem with Trump’s budget

Easiest Ways To Save Money With Your Lifestyle
Adapting to ways to save money can be a diffi...
50 Plus Every Day Ways To Save Money For An Emergency
When you think about it, there are many ways ...
5 Insurance Tips That Insurers Don't Want You To Know About
Discover the five ultimate tips that will hel...
4 Growing Job Fields In Rural America For Single Moms
There is light at the end of the tunnel with ...
4 Best Tips To Save On Electric Bill All Year With Time Of Use
If you're committed to save on electric bill ...
medicare benefitstrump budget cutting seniors benefits
Share