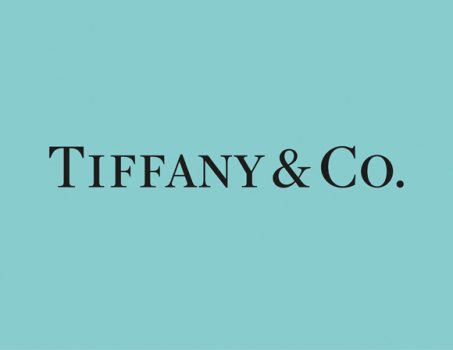 Don’t Be Too Hasty In Selling Your Tiffany Jewelry Low

The French luxury conglomerate LVMH buys Tiffany and is betting it can restore shine to the faded American jeweller and boost its jewellery division.

The two companies announced Monday that they had entered an agreement for LVMH to acquire Tiffany for $135 a share — a multi-billion dollar bet that LVMH can restore Tiffany’s faded shine.

In a call Monday, LVMH Chief Financial Officer Jean-Jacques Guiony described the deal as a “game-changer” for the conglomerate’s watches and jewellery segment, batting away concerns over Tiffany’s near-term performance.

“We strongly believe that LVMH is not only an ideal owner for Tiffany but also that this iconic brand is a perfect addition to our portfolio and perfect complement to our existing model,” Guiony said.

The all-cash acquisition is one of the largest ever for the French conglomerate known for its hard-charging deal making and surpasses its $13 billion deal for Christian Dior in 2017.

The announcement ends a month of speculation, after reports that LVMH had approached the jeweller leaked in October.

LVMH initially offered $14.5 billion for Tiffany, according to Reuters, but the company said the offer was too low.

That wasn’t the first time LVMH — Europe’s second-most valuable company, with a market capitalisation surpassing €200 billion — had set its sights on Tiffany.

The conglomerate reportedly expressed interest in the jeweller prior to its takeover of Bulgari in 2011 — LVMH’s last major investment in hard luxury.

The storied American brand has resisted acquisition for years, but as one of the few independent global jewellery houses remaining in the market, analysts had long speculated that it would make an attractive, if expensive, target.

But Tiffany has had a difficult time lately.

In the first half of 2019, worldwide net sales at Tiffany decreased 3 percent to $2.1 billion.

The American jeweller is facing weak demand at home and abroad, and will likely need heavy investment to re-energise its brand and business.

“We are optimistic that we can, with this fabulous brand, increase the revenues further and expand the margins.”

While the company continues to grow in China, it has struggled to win over Millennials and Gen-Z consumers in the West, as young shoppers move away from traditional occasion-based gifting and as self-purchasing gains popularity.

“Within LVMH, Tiffany will be able to accelerate its ongoing strategy,” Guiony said.

“We are optimistic that we can, with this fabulous brand, increase the revenues further and expand the margins.”

At the same time, it boosts the French company’s presence in the US market.

Last month, LVMH Chief Executive Bernard Arnault had a controversial photo-op with President Donald Trump at the opening of a new Louis Vuitton handbag factory in Texas, doubling down on the country.

The deal also allows LVMH to gain further ground on Swiss conglomerate Richemont, which has long dominated hard luxury with its ownership of Cartier and Van Cleef & Arpels.

Jewellery was one of the best-performing luxury categories in 2018, according to Bain & Co, which predicts that the global $20 billion market will grow 7 percent this year.

That’s an increasingly desirable trait for luxury brands, under pressure to guarantee provenance and lock in supply in a competitive market.

Tiffany employs more than 5,000 artisans to cut diamonds and craft its jewellery, rather than buying from middlemen.

The brand only generates 11 percent of its revenue in Europe, for instance. Longer term, the deal opens up the prospect of new product categories for the jeweller.

While Guiony said watches wouldn’t be a big focus near term, it would be “foolish” not to dabble into accessories including leather goods and scarves, as they successfully did with Bulgari.

The deal is priced slightly above expectations, but “still good news for both shareholder bases.”

LVMH’s shares were up nearly 2 percent in market closing trading.

The deal is expected to close in mid-2020 subject to approval from Tiffany’s shareholders.

Disclosure: LVMH is part of a group of investors who, together, hold a minority interest in The Business of Fashion. All investors have signed shareholder’s documentation guaranteeing BoF’s complete editorial independence.