Food Shortage: Feed Thyself By Homesteading And Being Prepared 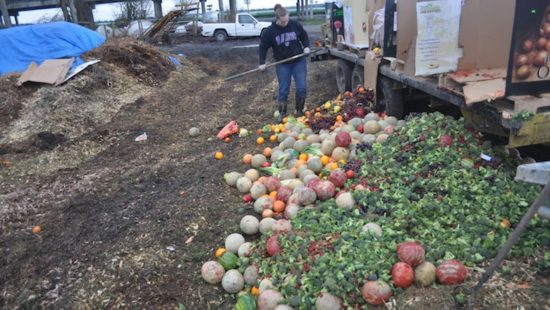 Food Shortage: Feed Thyself By Homesteading And Being Prepared

The Causes Of Food Shortage Is Waste, Under Supply And National Emergencies

Whether you know it or not, food shortage is already in America, which is why so many people show up at food banks every week for food rationing.

During the Great Depression and World War II, the United States had to ration food, too.

There were government campaigns during the World Wars to persuade the public to moderate their food consumption through slogans such as ‘Food Will Win the War,’ ‘Meatless Meals,’ etc.

A World War is a total war, therefore, we could see food shortage and strict food rationing in the near future.

What does rationing mean in the richest country in the world?

It means the distribution of food, goods or services is controlled because these resources are scarce.

For example, food bank rationing controls the size or the amount of your allotted portion being distributed on a particular day or at a particular time.

And, make no mistake, the U.S. government is prepared to print ration stamps as a result of food shortages …

They will probably print more ration stamps than money!

Is The World’s Food Availability In Danger?

Many governments are concerned that as population growth increases, combined with the effects of rapid urbanization, food availability may emerge as one of the key security issues of the 21st Century.

In other words, governments won’t hesitate to declare war for food.

Food shortage can be defined as not having access to sufficient food for an active, healthy life.

A very useful way of determining food shortage is to differentiate food availability and food accessibility.

For example, the physical ability of a particular area of land to produce food or rural grocery stores to purchase food.

In America, farmers are paid by the government not to plant, but to conserve the land, which may contribute to food shortages in the long run.

Food availability can also refer to the presence of food throughout the world, which can be distributed through the international trading system or as food aid.

So why are Americans (not to mention Venezuelans and Greeks) left to beg, borrow and steal for food, if adequate availability is present as food aid?

Under that assumption, if food is available, then why isn’t it made available to the populations that need it the most?

That brings me back to the idea of accessibility, which refers to the ability of people within a particular country, to actually receive or gain access to food, and having the financial means to purchase adequate food.

We all know the basic cause of chronic undernourishment is not the lack of food in the world.

And with escalating political and economic crises, more people are not getting adequate food.

However, I do believe that food distribution systems are influenced by political and economic forces, that prevent the food from getting to everyone!

Thus, the availability of food does not address the problem of accessibility to food, because most countries have food that is readily available and plentiful, if you can afford it.

Furthermore, I believe that food shortages occur because of inequitable food distribution or a breakdown resulting from war, civil strife, agricultural production, and the distribution systems that provide food.

My research suggests that three major factors disrupt the ability of people to have access to food:

Therefore, food shortage can be influenced by multiple social, political, economic, and technical variables, such as purchasing power of consumers, dietary needs, etc.

About 70 million people died in famines during the 20th Century.

One authority estimate that “805 million people (about one in nine of the world’s population) are chronically undernourished.”

I believe the world is already in a state of food shortage.

The USDA reports that the future will produce plenty of expensive food due to inflation.

Feed Thyself By Homesteading And Being Prepared

The reasons you should make your home a ‘homestead’ and be prepared with a well-stocked pantry are as follows:

As homesteaders whether rural or urban, you must start using your land to grow vegetables, fruit and animals for meat, to ensure your own food security.

You also need purchasing power, which is money to pay the mortgage/rent, utilities, etc.

Therefore, you must combine efforts of producing food and creating new income sources with products and/or services.

Rural Money Resource:  Do you need a website? You can’t run your blog, website or business without a properly functioning web site. Income Activator provides the world’s best ‘revenue web sites’ for any size business. Click here if you answered yes!

Rainwater Is Free Drinking Water: Rainwater Collection And Your Health
Rainwater is free drinking water because coll...
Vardo Living Wagon: Rural Horse-Drawn Home To Go
Vardo Living Doesn't Mean Slumming A vardo...
How To Create A Food Blog Website For A Hungry Audience
amzn_assoc_placement = "adunit0"; amzn_ass...
How To Have A Power Outage Party
I know you don't believe there will be a majo...
How To Build A Secret Root Cellar For Meat | Updated
Before refrigeration, there was no root cella...
food shortage 1 Comment
Share