Financial Survival: How To Survive While Other’s Can’t 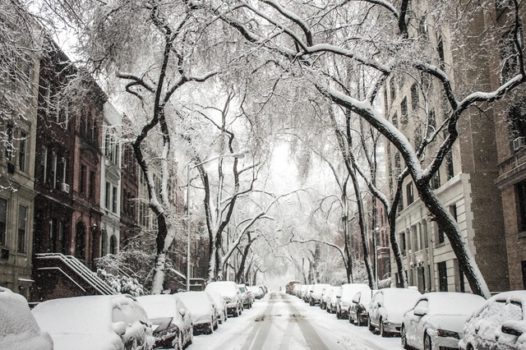 Financial Survival How To Survive While Other’s Can’t

Be Prepared To Survive Financial Breakdown In Any Weather

Most Americans have no idea how to prepare for financial survival, but it’s not too late to learn how to save your family’s life.

And, your finances have everything to with survival during inclement weather or a national disaster.

As someone who has weathered many financial storms, I know a thing or two about financial survival that can help you be prepared.

Personally, I am always in survival mode, which is why one category of this site focus on rural survival.

Financial survival means you need a plan to earn additional money, live on an austere budget, and save money to stock up on things you need.

If you make it through the next financial crisis, which is predicted to be worst than the last, then you will have a chance to work on prosperity.

Now that the U.S. has fought its way out of the 2007-2009 debt crisis, many people think we are headed for happy times again, but we are not.

It does not take an economist to read these economic signs.

Not only that, your dwindling paycheck means something catastrophic is looming on the horizon.

I do banking at a small institution that remained solvent during the financial crisis of 2008-2009.

It addition, it was lending while mega banks were crashing or teetering on the brink.

Now, the troubling signs at my bank are evident at every bank, and would go unnoticed by most people.

Let’s say that I am right and banks are in danger.

In short, that means we are all in danger!

Not only that, but I do not think the FDIC can handle another banking crisis.

As a result, they may not have enough money in its insurance fund to cover all of the money in our bank accounts.

I am not the most knowledgeable person in the world, but I have worked with a great financier in the banking industry.

What I know is, if the above scenario happens, “Uncle Sam” will want your savings!

If you don’t believe me, research what happened in Venezuela.

Uncle Sam (U.S. Treasury) is looking for any means necessary to pay the national debt.

And, the first place it will look for ideas is raiding pension funds, Social Security, etc.

The fact is, it is just a matter of Congress “nationalizing” private citizens’ retirement and savings accounts to pay debts!

Most people don’t know this, but Congress has been raiding Social Security for decades.

The bottom line is A LOT OF PEOPLE depend on pension and Social Security checks.

What can anybody do to stop them from going after our money and entitlements?

Having a financial survival plan won’t stop them, but it will help you and your family survive what they are planning to do to you.

As a prepper and survivalist, I urge EVERY rural American who is trying to make ends meet, to make a financial survival plan, to survive the coming crisis.

Do 3 Critical Things First To Ensure Your Financial Survival

Make some of your money disappear like people did during the Great Depression of the 1930’s.

It’s your money, put it where you want it.

It is important to stash a little money and it is legal to do it.

Here is what former U.S. Congressman Ron Paul says about it.

“They will do what they think is necessary and they’ll use force, intimidation, and guns, because you can’t challenge the State’s so called right to control the money. They will confiscate retirement funds if they need to do it. Eventually if you have private funds, the people I know in Washington, they’re quite capable of saying, You’ve got to save the country, you can buy Treasury bills from now on!”

In short, if Ron Paul is talking about this, then that means he and other Congressmen already have cash stashed behind a blind wall!

The number one asset you need in a financial crisis when SHTF is FOOD.

There is no telling just how bad things are going to get when this disaster hits America, and the rest of the world.

There will be riots, protests, mobs, and bank runs for extended periods of time.

All of the above is exactly what happened in Venezuela.

The good news is there is one asset you can own, which is now widely available and will help protect you and your family from this chaos, and it is food.

The best way to start preparing for a food shortage is small gardening and canning.

Buy all non GMO vegetable seeds you can get your hands on now, and grow tomatoes, beans, etc. that are easy to can.

Buy an Instant Pot, jars and anything else needed for storing food, etc. if necessary.

By all means, plan how to keep meat and other goods without refrigeration.

Read my article:  How To Build A Root Cellar For Meat

Investing in storable food and canning is critical for your life!

Just the thought of bare supermarket shelves conjures up what people will do to avoid starvation.

Why should you listen to me?

You don’t have to.

But, it was not raining when Noah built the Ark!

You can stay in a “bubble” and keep telling yourself that it won’t burst. 🙂

If you have read through RuralMoney.com/rural survival, then you know that clean water is high on my list of survival priorities.

In fact, clean water drinking water is the number one thing you need because you won’t survive three days without it.

The body is two-thirds water and got to have it.

I listed money first and food second because if you have not started prepping, these are the hardest things to put by.

It is critical that you plan an ongoing supply of clean water for DRINKING PURPOSES ONLY.

Have you thought about collecting rain water to boil?

What about burying an underground cistern to collect rain water?

Building a water tower may be feasible for people who do not have to worry about zoning laws.

There are a couple of water collection plans below.

In short, all economic signs indicate that a financial storm of the century is coming, that will make all others pale in comparison.

The banking system will be FROZEN!

If you think your family and friends will feed you when SHTF, you will be waiting until hell freezes over.

Self-preservation is the first law of nature.

Start preparing now for your own financial survival!

Work From Home Is Just What The Doctor Ordered – Recommended By Dr. Rural Money