FAQs On The Food and Drug Administration | It’s Your Watchdog 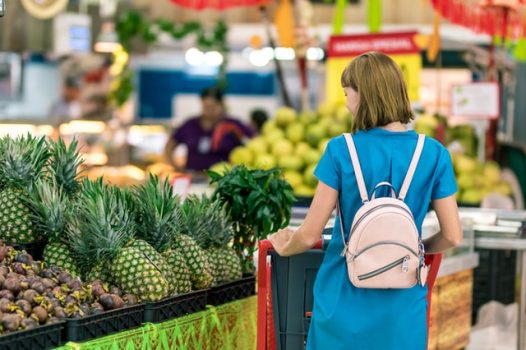 Food and Drug Administration FAQs | It Is Your Watchdog

The FDA Protects U.S. Consumers Food for Safety and Purity

FAQS on the Food and Drug Administration reminds you that the FDA is “in business” everyday to help you; and it is your watchdog in Washington, D.C.

This FAQ reminds you that the FDA is “in business” everyday to help you.

One way the FDA is helping you is by keeping track of thousands of substances added to food.

The FDA decides which are safe enough to use without restrictions and which must be more carefully controlled.

How Was Food Protected In The Good Old Days?

You might think that the need to question the safety of food additives is a modern problem.

Actually, it began just after the Civil War.

For the first time, people began to rely on store-bought foods rather than foods they had grown and preserved themselves.

To meet the demand, food manufacturers used production methods that were quick and inexpensive.

People had little scientific knowledge of food safety and purity.

As a result, many additives were used carelessly.

How Is The FDA Keeping Food Safe?

The recognition of dangers like these led to the creation of the FDA.

It might seem a simple matter to outlaw poisonous substances in food..

Everything including nutrients you can’s live without is poisonous if eaten in large enough amounts.

The FDA’s job is to establish safe levels of use.

How Are Substances Tested?

The approval process for using an additive not on the GRAS list (Generally Recognized As Safe) takes several years. The substance is tested on at least two different species of laboratory animals over several generations. If it is found that the additive poses a health risk, the FDA sets a limit on the amount that can be used in food. Generally the limit is at least 100 times less than the amount that caused the risk to the animals in the experiment. This allows a generous safety margin.

Even with such a strict regulating process, it would be impossible to say that the substances in food are 100 percent safe.

After all, scientists are constantly researching food additives and learning more about how chemicals affect people.

There will always be a risk involved.

But because the FDA is watching out for you, the risks are kept as small as possible.

Although the FDA does its best to ensure food safety, some issues are difficult to resolve.

What Can You Do?

You can get information from news reports or contact your nearest FDA office.

Before stricter food additive laws were passed in 195, about 700 additives were already in use.

For years, many had been accepted as being safe to eat.

These ingredients were classified by the FDA as Generally Recognized As Safe.

The GRAS list includes substances such as salt, sugar, and spices.

Additives not on the GRAS list are known as regulated food additives.

Permission to use these must be secured from the FDA.

If a company wants to use a regulated additive in a food product, it must prove that the additive is safe in the amount used, will help improve the product, and will not violate the 1958 Food Additive Amendment to the Food, Drug, and Cosmetic Act.

The company must test the product and show proof of results to the FDA before permission can be granted.

This means industry as well as government is responsible for supplying wholesome, safe food.

The FDA also has regulations regarding the addition of nutrients to foods.

These tell what nutrients may be added, how much of each, and how the package may be labeled.

Harmful substances that get into food as it is grown, processed, sorted, or packaged are called contaminants.

High doses of some contaminants have been linked to serious health allergies.

Some of the contaminants, which may be present in food are pesticides, industrial chemical wastes, and chemicals used in raising farm animals.

Pesticides are chemicals used to prevent insects and disease from damaged or destroying crops.

Some pesticides cling to the food and end up as contaminants.

Federal laws control the use of pesticides.

Before they can be used on crops, pesticides must be approved by the USDA.

They must be applied properly so they break down into harmless compounds.

Industrial chemical wastes are chemicals that have been used as part of a manufacturing process and are no longer needed.

However, some of these chemicals get into soil, water, plants, and animals, and thus into people.”

The human body can tolerate small amounts of such chemicals.

However, these same chemicals can be poisonous if they reach high levels of concentration.

Safe limits for the human body, known as tolerance levels, have been established for many of these chemicals.

If food contains quantities above the tolerable levels, the public is warned not to eat it.

In What Way Is Industry Also Responsible For Providing Safe, Wholesome Food?

Have you ever wondered if there is a difference between foods that are “enriched” and those that are “fortified”?

Actually, both terms simply mean that nutrients have been added.

The nutrients may or may not occur naturally in the food.

Usually, the manufacturer can choose whether the label says “fortified,” “enriched,” or simply “vitamins and minerals added.”

Why Are Nutrients Added To Food?

Often there is a specific reason.

For example, vitamin A is added to margarine so that it has the same nutritional value as butter.

Many breakfast cereals have a long list of added nutrients.

When accompanied by other typical breakfast foods, such as fruit juice, these cereals provide a balanced breakfast important to good health.

Another reason for adding nutrients to some foods is to replace nutrients lost in processing.

For instance, nutrients are lost when grains are milled to make white flour.

Therefore, nutrients are added to replace some of those lost.

Replacing nutrients lost in processing is known as restoration.

How Are Additives Controlled?

According to federal law, all foods sold interstate (across state lines), must be safe, clean and honestly prepared, packaged, and labeled.

Scientists test foods and additives in laboratories to make sure they are safe to eat.

The Food and Drug Administration enforces the Federal Food, Drug, and Cosmetic Act.

The FDA regulates all foods shipped interstate, except for read meats, poultry, and eggs.

These three foods are the responsibility of the Food Safety and Inspection Service (FSIS) of the United States Department of Agriculture (USDA).

Chemicals are used in raising meat and poultry.

Some of these chemicals show up in our food.

One of the most controversial practices is the feeding of antibiotics to animals.

Antibiotics are drugs used to fight off infections.

Small amounts of these antibiotics are sometimes present in the meat people eat.

Studies show that antibiotics in meat may be linked to human health problems. Germs in humans are not destroyed by these low levels of antibiotics in meat. Instead, the germs develop a resistance to the antibiotic. As a result, antibiotics given to people to fight illness are not a effective against these stronger germs.

There are no easy answers to this controversy.

Scientists continue to study the effects of antibiotics in meat on humans.

The FDA has recommended different antibiotics be used for animals and people.

Check for the latest findings on this topic.

Food producers have developed ways to control the quality of their products.

Food is inspected as it is grown, harvested, and processed.

Once the food is processed, samples are tested in laboratories to be sure the food meets the highest standards for quality and cleanliness.

If food is contaminated beyond a certain level, the government takes action to remove the product from the market.

It also acts against any food producer found operating under unclean conditions.

Many of the actions taken by the government are the result of complaints made by consumers.

If you believe a food product is harmful, unclean, mislabeled, or violates the public service by reporting it to the FDA or your local health department.

When a product is unfit for use, the government can recall it.

That means it can request the manufacturer to remove the food from the market.

Sometimes the company removes the food on its own without any action from a federal agency.

Most industries want to be sure their products meet the highest standards possible.

When a product is recalled by the FDA, agents keep close watch to e sure it is removed completely from the marketplace.

All products have the lot number stamped on the container.

Some products may have been distributed only in certain areas, while others are spread nationwide.

Products that are the most serious threat to health get top priority and wide publicity.

For instance, if a deadly germ is found in a certain brand of canned food, the news media are asked to warn people not to buy that particular brand and lot number.

Consumers are also cautioned to check any containers of that brand they may have at home.

The product is removed from all points of market distribution.

FAQs On Common Disease Threats
How To Protect Yourself From 7 Common Disea...
Best Survival Food Patriots Can't Do Without
Survival is served with this best survival fo...
US Forces Could Lose Next War If You Believe Rand Corporation
U.S. forces could lose next war they are call...
33 Possibilities For The Lowly Sweet Potato As A Food For Preppers
As a food for human consumption, the sweet po...
How To Identify American And European Rare Breed Chickens
Learn how to identify American and European r...
faqs on the food and drug administrationfda faqs
Share