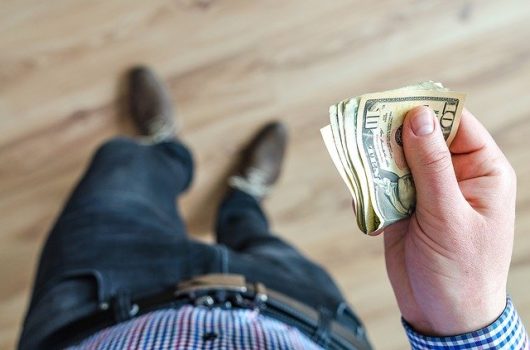 The Euro Is Dropping Against The Dollar Like Crazy

The Dow Jones celebrates as dollar rallies again to close out the week as the good times continue to roll for stock market bulls.

Buoyed by a firmer performance from the Dow’s most heavily weighted stock, Boeing (NYSE: BA), investors are enjoying the company’s restructuring after an ineffective response to the 737 MAX crisis.

Looking ahead to 2020, analysts are forecasting a rally in the Euro which could be tremendous news for the Dow 30 if the mighty U.S. dollar was to finally start weakening and spark a flurry of investment in the U.S., as well as making its exports more attractive.

Among the three major U.S. stock market indices, the Dow Jones was the top-performing as the S&P 500 could only manage a slight rally, and the Nasdaq slipped.

The Dow Jones rose around 50 points on Friday as the US dollar sold off in the face of an impressive rally by the euro. Source- Yahoo Finance

In the commodity sector, it was another decent day for the price of gold (+0.3%), as the dollar sold off across the board.

Crude oil was steady despite a sizable contraction in inventories, while haven digital asset bitcoin struggled to a 2% drop.

2020 promises to be a dramatic year in the stock market, as both political and financial interests reach boiling point.

Despite the positive moves in the Dow, roughly 25% of Wall Street is anticipating a recession on the horizon.

The majority is still expecting smooth sailing for equities.

Should things stay as they are, history suggests this is excellent news for Donald Trump. Presidents are often elected based on the current state of the economy, and Trump will be keen to avoid rocking the boat with consumer sentiment hitting new highs.

Donald Trump May Finally Get His Wish For a Weaker Dollar

Despite the fact that the Dow Jones has been repeatedly hitting fresh highs over the last few weeks, one clear fundamental has been weighing on U.S. stocks. A sky-high USD (in theory) dampens demand for exports and reduces foreign investment in the United States. One of the principal reasons that Trump often assails the Federal Reserve is he would love to see the dollar weaken to give stocks another shot of adrenaline. Source-Twitter

A report from Bloomberg suggests the president could get his wish next year, as analysts are now forecasting a bull market for the Euro.

Given its heavy weighting in the DXY (dollar index), this almost ensures a weaker greenback if it comes to fruition:

The shared currency will rally more than 4% against the dollar in 2020 in the world’s best foreign-exchange performance, according to the median estimates of analysts in a Bloomberg survey.

Betting on euro gains is among Morgan Stanley’s top trades for the new year, a view shared by analysts at UBS Wealth Management and Credit Agricole, among others.