Coronavirus Stimulus Check For The Poor: Why They May Not Get One 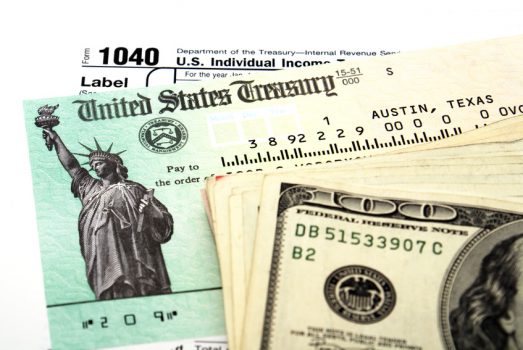 Coronavirus Stimulus Check For Poor: Why The Needy May Not Get One

The Treasury reversed guidance for coronavirus stimulus check for poor, which would have required millions of Social Security recipients to file returns.

, but many other low-income people will have to submit them.

In the sweeping economic recovery package that Congress passed last week, the federal government promised payments of up to $1,200 to most American adults, including those with little income or none at all.

But many of those most in need of help will face hurdles to getting the money they’ve been told is on the way.

Automatic payments are guaranteed only to those whose information is already in the computers at the Internal Revenue Service or the Social Security Administration. Everyone else must follow instructions posted by the I.R.S., which says many low-income people and others who aren’t usually required to file tax returns will need to do so if they want their payments.

Until an abrupt reversal on Wednesday night, the guidance also applied to Social Security recipients who did not submit tax returns. That had been a surprise to policy experts and advocates for seniors, because the legislation signed by President Trump gave the Treasury explicit permission to use Social Security databases — and the payment information they contain — to push payments to people automatically, without their needing to do anything else.

The Treasury Department backtracked on Wednesday and said Social Security beneficiaries who did not typically file returns would receive their payments automatically after all.

The Treasury said the I.R.S. would use the information on Forms SSA-1099 and RRB-1099 to generate $1,200 payments to Social Security recipients who did not file tax returns in 2018 or 2019. They will get these payments as a direct deposit or by paper check, depending on how they normally get their benefits, Treasury officials said in a statement.

That reversal should be a relief to millions of people: The Center on Budget and Policy Priorities estimated that at least 15 million Social Security recipients would have had to file a return to get their stimulus payments.

Ms. Parrott said she hoped Treasury would do the same thing for other people in government databases whose eligibility is easy to confirm, like many poor individuals with disabilities and veterans receiving pensions.

The initial guidance, issued by the I.R.S. on Monday, drew criticism from lawmakers in both parties. Representative Richard E. Neal, Democrat of Massachusetts and chairman of the House Ways and Means Committee, urged Treasury Secretary Steven Mnuchin and Social Security officials to find a solution that did not involve filing an additional return. Senator Tom Cotton, Republican of Arkansas, wrote on Twitter that he was “extremely disappointed” in the I.R.S.

The reversal should allow Social Security recipients to avoid filing an unexpected return, but the same cannot be said for many others who do not normally have to file.

The I.R.S. guidance acknowledged the potential complexity for low-income Americans, and the agency said it would “soon” offer instructions on its website for filing a 2019 tax return that contained “simple, but necessary, information including their filing status, number of dependents and direct deposit bank account information.”

Filing even the simplest of returns could pose challenges during a pandemic. The I.R.S. does have a free filing site, but those who lack internet access could be unable to use it because nonprofits, libraries and other places are closed. Low-income filers, however, will have until the end of the year to file and still get their stimulus payments.

The decision to require more people to file returns puzzled policy experts, who said the government had the ability to crosscheck various databases to make sure it reached everyone who was eligible, including those who would have the greatest need.

“The matching part may take longer, and it’s legitimate for them to say that one group will get payments faster and one group will be slower,” said Ms. Parrott, who worked in the federal Office of Management and Budget during the Obama administration. “But to throw up their hands and say they can’t do it? They have the capacity to do it, and I think they need the leadership to say that they are going to get this done.”

There will be an extra layer of difficulty for people who don’t normally file a return and lack a standard checking account.

The Financial Health Network, a research and advisory group, estimated that 12 million people earning less than $30,000 per year were among the so-called unbanked. But the guidance issued Monday says people who are filing returns just to receive their stimulus payment must supply direct-deposit information.

“There are a surprisingly large number of people who are unbanked in the U.S.,” said Michael Graetz, a Columbia University law professor and former deputy assistant secretary for tax policy at the Treasury Department. “They cash their checks at check-cashing facilities and do lending through credit cards or payday loan operations.”

Many people who don’t maintain a bank account have relationships with financial services companies that help distribute prepaid debit cards for various forms of government aid, like the Supplemental Nutrition Assistance Program.

Companies, like Conduent and FIS, that help run such programs possess information for many people who are eligible for the recovery payments but do not pay taxes or receive Social Security. The companies declined to comment on whether the Treasury had approached them about a partnership; the department also declined to comment.

Mr. Mnuchin has said he expected automatic payments to begin arriving this month. But the I.R.S. guidance will almost certainly mean longer waits for those who must file new returns to be eligible to receive a stimulus payment.

Policy experts worry that payments will be slow to reach those who need them. But the bigger fear is that some eligible people might not get payments at all.

When the federal government established a stimulus program in response to the 2008 financial crisis, at least 3.4 million people who were eligible failed to file the necessary tax return in order to get it, according to Treasury Department data. And that was for a smaller payment than the one on offer now — and a smaller group of eligible citizens.

10 Proven Ways to Make Extra Cash In 2023
Given a choice, everybody would perhaps like ...
Work At Home: How To Make Extra Money With Google
Many people are looking for work at home part...
How To Make Money Buying And Selling Houseplants
If I told you that you could make money buyin...
How To Make Quick Cash With Junk Whenever You Need It
Almost everywhere you turn in this country, t...
Amazon Kindle Royalties: I Love Getting Royalty Sales Reports
medianet_width = "728"; medianet_hei...
coronavirus stimulus check for poor
Share