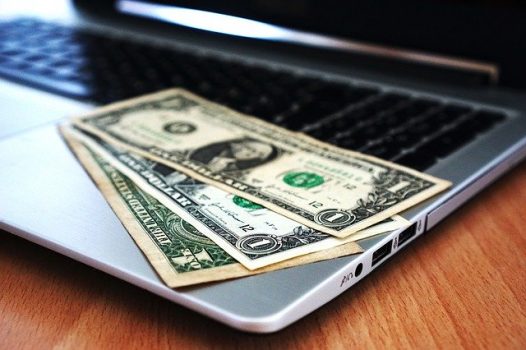 Cheap Internet service and computers include:

These programs may help you find low-income Internet service.

If you qualify, these low-income Internet service providers can help you get online, with broadband Internet speeds for a low monthly rate and no contracts.

If you’re in financial distress, you’ll probably qualify for one of these low-income Internet plans in your area.

The prices are the same for all of these services, but there are some differences in what each program offers consumers and eligibility requirements.

Make sure you check to determine which programs are available where you live.

If you meet the eligibility standards and you live in an area served by AT&T, you can now get high-speed Internet service for $5 per month.

The plan is called Access from AT&T and it may be the best low-cost Internet plan available.

If you live in areas of the country served by Comcast and if you qualify, you can now get Internet Essentials for just $9.95 per month instead of the $40–$60 the company charges for its lowest cost basic plan.

Despite the low price, you’ll get blazing fast 5.0 Mbps download speed, the option to purchase a computer for $150, plus a series of extras.

The Internet Essentials application is quick and easy.

If you haven’t already applied, click the ‘Apply Now’ button below to get started.

Once you are an Internet Essentials customer, you have the option to purchase a laptop or desktop computer at a discounted price.

You may be instantly approved.

ConnectAll is available in fifty states plus Washington, DC and there are a number of ways to low-income Americans to qualify.

One quick warning: ConnectAll will cost you a bit more upfront, but after an initial payment of $122.00, ongoing service (including unlimited data usage with no data throttling) will cost you just $11.99 per month.

Cox Communications is one of the nation’s largest cable companies, with millions of subscribers.

While they don’t trumpet their program as loudly as Comcast does theirs, and their coverage across the country isn’t as extensive, their low-income program has much broader eligibility rules.

Cox’s low-income Internet plan will give you unlimited cable Internet at broadband speeds of 5 Mbps download, no contract or extra fees, and the option to purchase a computer for $150.

If you qualify, the service will cost just $17.99 per month.

Spectrum has promised that this great service will be available in 38 states — everywhere the three companies currently offer service.

It takes a little math to figure out how the price gets down to just $10 per month, but that’s the bottom line with Frontier’s low-income Lifeline Internet plan.

Available to a lot more low-income people than any other program.

This is an awesome program.

Instead of being severely geographically-limited like Internet Basics or Internet Essentials, PCs for People is available virtually nationwide (anywhere the Sprint network is available).

Instead of being a program sponsored by huge corporations that really don’t want to devote significant resources to it, cheap Internet for low-income Americans is the reason behind PCs for People.

CenturyLink’s Internet Basics is exactly what so many families and individuals need to:

You’ll also be eligible to receive a personal computer for just $150.

Windstream is another cable TV company that’s offering an affordable $10 per month Internet plan to low-income Americans who reside in the 18 states where Windstream offers residential service.

In 23 states, Connect2Compete partner Mediacom offers high-speed Internet service for just $9.95 to families who are struggling with low household income.

Their Internet plan provides a 1.5 Mbps speed cable connection, and an option to be able to purchase a computer for as low as $162 and a tablet for as low as $142. Eligibility required.

Bright House Networks is the sixth largest cable company, with about 2.5 million customers.

Under the Connect2Compete banner, they offer Internet service to people who could otherwise not afford it.

And there are no contracts or extra charges.

Additionally, they offer an option to purchase a computer for $150. Availability required.

Suddenlink, a company of Altice, offers unlimited high-speed Internet to people with a child in the School Lunch program and to seniors on SSI.

Cablevision, now a company of Altice, offers unlimited high-speed Internet to people with a child in the School Lunch program and to seniors on SSI.

They serve the states of Connecticut, New Jersey, New York and Pennsylvania.

Eagle Communications is a small media conglomerate that owns and operates 59 cable systems in Kansas, Nebraska and Colorado plus 28 radio stations in the same states.

It is now offering a $9.95 per month Internet plan for qualifying residents of those states.

Midco is the first company we have found that is advertising discounted Internet service as part of the new Lifeline Broadband program.

Just $9.95 per month for high-speed Internet.

The Connect2Compete organization hooks up Americans with various companies that will provide high-speed Internet access for under $15 a month, usually under $10.

Simply Internet by Wave is a great program, BUT it’s only available to low-income residents of certain Seattle neighborhoods.

It gives you unlimited high-speed internet for $9.95/month (for speeds up to 10 Mbps) plus tax.

There are no credit checks, contracts or equipment rental fees.

The following programs are national, or have a big push behind them either by industry, government and non-profit, than do those smaller or regional programs in the next section.

Beginning on December 1, 2016, you’ll be able to get free-to-inexpensive Lifeline Broadband in two flavors:

Through no fault of their own, many seniors can’t afford even the most necessary of things, like a broadband Internet connection.

Being connected to the Internet is necessary in today’s world.

So many needy seniors want to know why the government and various companies seemingly help everyone except them.

Here are programs that are smaller than the national programs listed above:

School2Home has set an ambitious goal:  To give computers to more than 500 low-performing middle schools and 400,000 students across California.

This isn’t one of the big low-income Internet plans that covers dozens of states, but it’s everything you need if you live in Hawaii.

Image by TheDigitalWay from Pixabay

Rural Money Saving Resources: Get Every Dollar You Are Entitled To!
Low to moderate-income rural Americans have b...
12 Serious Savings Strategies For Rural Homesteads
Instead Of Debt Choose Savings Strategies ...
A Complete Guide To Rural Savings And Financial Goals
Learning how to keep your rural savings and f...
8 Tips To Heat Your Home Efficiently But Not The Outdoors
Cold winters bring higher heating costs that ...
No Retirement Savings Thinking You'll Just Work Longer Think Again
You know you need retirement savings, but so ...
cheap internet service
Share

Tonza Borden is a former International Banking Professional, SunTrust International Services, Inc.; Public Affairs Specialist/Photo Journalist, Department of Defense, Army. She is an avid rural homesteader and permaculture gardener. Her college degree is in Management. She has authored Secret Of Estate Sales Marketing Success, and provides digital income opportunity reports at the Rural Money General Store. Rural Money is a frugal personal finance blog that empower people living in rural areas to use these actionable rural income opportunities, ideas and strategies to solve their lack of money for a better life for their family.