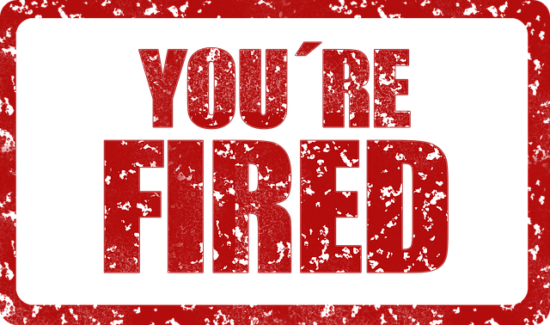 America’s job crisis is a misnomer considering people with jobs are employed and/or neither employed nor unemployed in the labor force.

That is a bewildering employment definition from the Bureau of Labor Statistics and the Department of Labor, which does not correspond with America’s job reality.

By their own definitions, I doubt if they would admit that the once thriving middle class resembles the working poor (labor force).

Instead, they are sticking to their definitions and denial in a desperate attempt to further confuse the masses.

It could be working because the middle class is confused about their origin, therefore, they do not understand what is happening.

The government won’t tell them that the so-called middle class was “developed” after World War II to boost the post-war economy by buying things (sound familiar?).

Prior, this social class did not exist for our parents or grandparents.

America and European countries had two classes of people, the rich and the labor force (those who worked to sustain the rich).

So, why are they destroying this class structure that has thrived for over 75 years?

I was taught that you don’t kick a person when they’re down—jobless and looking for jobs—regardless of their economic classification.

They’re available for work, but corporate America’s domino effect of firing thousands of workers is preventing them from providing for their families.

Every month, some major corporation terminates workers by massive layoffs at a time when they need their jobs the most.

I am convinced that the government is aware of the disappearance of middle class jobs because they spearhead what corporations are able to do through laws.

Federal Law requires advance notice of mass layoffs through the WARN Act, which requires only that employers give notice.

It doesn’t protect employees from layoffs, nor does it require employers to pay any severance.

Some states have similar laws requiring notice, and a few require employers to pay a small amount of severance, but this is no consolation after your loss of gainful employment.

When I was preparing to re-enter the labor force in the 1980s, I learned that America would become a service economy in 20 years.

I did not want to believe that America the Great, which had dominated the industrial revolution, would be reduced to a service economy of lower paying jobs.

Yet, the future of America’s employment and unemployment was already predicted.

Case In Point: In 1990, the manufacturing industry employed more workers than any other sector in 36 states. …

The transition from a manufacturing-dominated economy to a health care-driven economy wasn’t direct.

As manufacturing jobs declined in the middle 1990s, retail trade jobs took over.

Watch the U.S. transition from a manufacturing economy to a service economy…

That being said, it behooves employed and unemployed Americans to create a thriving side hustle to make ends meet because the labor force is in the age of anxiety.

The DOL may be creditable, but they have weird definitions to describe the employed, unemployed and labor force.

What they are saying is the middle class and the poor are one and the same.

By their definition, employed people consist of the working poor.

This category comprises all persons who did any work for pay no matter how little they are paid.

Their statistics include all persons who work at least 15 hours of UNPAID work in a family-owned enterprise operated by someone in their household.

It gets more confusing with: All persons who were temporarily absent from their regular jobs, whether they were paid or not.

If you think that was a clear explanation, you haven’t heard anything yet!

Since the employed sound suspiciously like the “unemployed” or the “underemployed,” then who is exactly counts as the unemployed?

According to the DOL, persons are classified, as unemployed if they do not have a job, have actively looked for work in the prior four weeks, and are available for work.

Workers expecting to be RECALLED FROM LAYOFF are counted as unemployed, whether or not they have engaged in a specific job seeking activity.

In all other cases, the individual must have been engaged in at least one active job search activity in the four weeks preceding the interview and be available for work (except for temporary illness).

Correct me if I’m wrong:  Does illness, whether temporary or not, mean a person is UNABLE to work or actively seek employment.

When I got sick while on unemployment insurance and could hardly drag myself to the DOL, I was told flat that I wasn’t able to work!

Thus, my benefits were stopped abruptly.

Now that we understand who is considered employed and unemployed, surely they can explain who is NOT in the labor force to dispel America’s job crisis.

Persons not in the labor force are those who are not classified as employed or unemployed (at any given time).

Labor force measures are based on the “civilian noninstitutional population,” which refers to people 16 years old and over.

Excluded are persons under 16 years of age, all persons confined to institutions such as nursing homes and prisons, and persons on active duty in the Armed Forces.

According to the DOL, the labor force comprises the employed and the unemployed.

Expressed as a formula, the labor force equals employed plus unemployed persons (in case you didn’t understand the first time).

The remainder, those who have no job and are not looking for one are counted as “not in the labor force.”

Many who are not in the labor force are attending school or retired.

In addition, family responsibilities keep others out of the labor force.

The so-called “marginally attached” workers are those not in the labor force because they have not searched for a job in the prior four weeks.

However, they have searched in the prior 12 months and are both available for work and want to do so.

Most marginally attached workers are not searching due to school or family responsibilities.

Also, the marginally attached category includes “discouraged workers,” who are not looking for work because they believe no jobs are available for them.

Do you see how the DOL has classified or re-classified the middle class?

They’re setting the middle class up with definitions that exclude the fact that these are professional and business workers.

It doesn’t matter what your title is as long as you are in the labor force.

When your professional status is diminished and you are unemployed, you are still classified in the labor force, whether employed or unemployed.

If you are not rich, then you are just a worker.

By the DOL’s definitions, they do not recognize social class distinctions—at all!

You are either employed or unemployed because you are the nation’s labor force.

How Can Rural America Be Great With A Job Crisis?

Let’s pull our heads out of the sand.

The government has no intention to do anything to reduce unemployment or stem the tide of layoffs.

This age of anxiety is déjà vu of the Stock Market crash of 1929 and the downward spiraling economy that followed, and lasted over ten years.

Taking that into consideration and the volatility of the current Stock Market, the labor force could face another Great Depression.

While the working poor endure constant rises in gasoline, shelter, clothing, medical care, food and the domino effect of unemployment.

I believe job creation should be THE MOST IMPORTANT government priority, but it is not.

Also, I believe the government should not be SENDING JOBS OVERSEAS.

But, America does not have the WILL to reverse this trend.

“So-called European and Asian allies” are dependent on our jobs and subsidies for their economic support and growth—so our economic withdrawal could have many unpleasant consequences.

Therefore, America is between a rock and a hard place—and so is its labor force.

If 99 percent of the American people do not work, we cannot eat and the rich cannot survive without us.

A Ray Of Hope And Opportunity For The Jobless

Now is the time to think outside of the box and create a thriving side hustle home based business with your knowledge, skills and abilities (labor)—and target the rich as your customers and clients.

Google Custom Search: Great Source Of Passive Income
Learn What Makes Google Search Income Great...
How To Keep Your House Cool With Less Air Conditioning
Is It Bad If Your Fan Is TOO Cool? Follow ...
Rural America Needs To Solve Problems In Online Marketplace
You Don’t Need A Job To Solve Your Problems—P...
Share this...