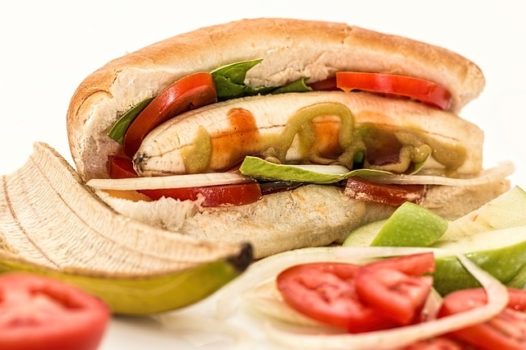 Willy Dog Franchise With No Franchise Fees For Rural America

If a Willy Dog franchise is such a great business idea why doesn’t everyone do it to earn as much as $3000 a week working part-time?

Here’s the key obstacles and what Willy Dog franchise has done to help their customers overcome them.

Everyone knows you need money to make money.

They are partnered with professional and friendly financing companies who can provide you with quick approvals so you can get your business running fast!

They provide advice on setting up a business plan, choosing a profitable location, dealing with the health department in your area, day to day operations and developing your menu.

Let’s stay serious—if you’re sick of being in a job where you’re knocking yourself out every day so someone else can make the big bucks it’s time to take control.

Running a vending cart business is a perfect job for someone with a strong work ethic and the will to succeed.

Some vendors make as much as $3000 a week working part time!

Willy Dog Is The Franchise With No Franchise Fees

They have over 20 years experience in helping their customers set up your new hot dog cart business.

Many of them did this on a shoestring!

They can put you in touch with a finance company that knows their business.

They have carefully prepared a Business Guide that lays out all the costs you can expect to encounter above and beyond the price of the cart itself.

It includes a sample Start Up Expenses Worksheet.

You just fill in your own expenses and local fees.

Don’t want to spend hours trying to figure out expenses and income?

What you see is what you get.

They have it all prepared for you in advance.

They have even prepared for you sample Rental Agreements and Commissary Agreements that you can use.

Can it get any easier than this?

In hard times such as these, some small-town Americans are turning to a new livelihood with relish.

Among them are Andrea and Ben Guajardo.

They began selling hot dogs from a pushcart on Main Street in November.

Ms. Guajardo is a grant administrator for a health-care system. Her husband, Ben, is a pipeline operator.

Theirs is the first hot-dog stand in Bandera, pop. 957 that anybody here can remember.

“No one knows what’s going to happen with the economy, and I don’t want to have to scrounge for a minimum-wage job.”

Andrea and Ben Guajardo both work full-time, but began selling wieners with help from their four kids in November.

Facing pay cuts and weakened job security, more Americans are turning to this century-old, big-city trade in outposts like Bandera, where cowboys on horseback share the road with motorcyclists.

Many of these vendors are working professionals with day jobs, ranging from Real Estate agents to train operators.

Sales of carts, which start at about $2,000 new, have heated up in the past year.

Hot dog vendors are a familiar sight in big cities around the country.

For one Texas family, their weekend business is bringing in extra cash amid a slumping economy.

Today’s cart buyers are generally older and have more white-collar work experience than was traditionally the case, says Will Hodgskiss, president and “top dog” at Willy Dog Ltd., the New York manufacturer that built the Guajardo’s cart .

“People are either buying these carts in anticipation of a layoff or to supplement their incomes,” he says.

Willy Dog Franchise Is The Street Food Of Choice

Hot dogs are the street food of choice for vendors because frankfurters are sold precooked and therefore tend to undergo less scrutiny from state and city health departments.

The two say their sales have increased 20% annually since they started two years ago, and they plan to open three more stands later this year.

Their eight employees, who are paid $8 an hour, include laid-off professionals and part-time workers looking to augment their earnings.

“I get three to five people applying for jobs each week,” says Mr. Horlacher.

A skilled cart dealer in a pedestrian-heavy area can net up to $400 a day, say many vendors and cart-company officials.

Newer dealers and those in less-ideal locations make one-third to half that amount.

Weekend and event-only vendors, like the Guajardos, say that when the weather is good, they too can turn a hefty profit.

The Guajardos manage their two-wheeled stainless-steel hot-dog cart just on weekends, from about 11 a.m. to 2 p.m., in this Texas Hill Country downtown dotted with hitching posts, heavy-duty pickup trucks and cowboys leading cattle.

They set up again on Saturday nights outside local honky-tonks like the Longhorn Saloon.

They average $1,150 in take-home earnings each weekend selling roughly 400 dogs, plus drinks, chips and pickles.

The couple’s four children often help out during the day.

“I tell them, ‘Your mom’s going to pay for your college education with hot dogs,” says Ms. Guajardo, while directing her oldest son, 13-year-old Ben, to put some more cans of soda and bottled water on ice.

The business is named after another son, 6-year-old “Big Lou.”

Before they started, “you could find a flying frog easier than a hot-dog stand,” said 75-year-old William Ellis recently as he waited for a Chicago-style frankfurter, including neon green relish and sport peppers atop a poppy-seed bun.

Hot dog restaurants are already cashing in on hot dogs as reported in this recent news article. 2 Georgia Hot Dog Joints Among 75 Best In U.S.: Report

Who’s to say a Willy Dog franchise isn’t a banana salad in a bun?!

From your Doctor of Rural Money, Tonza Borden