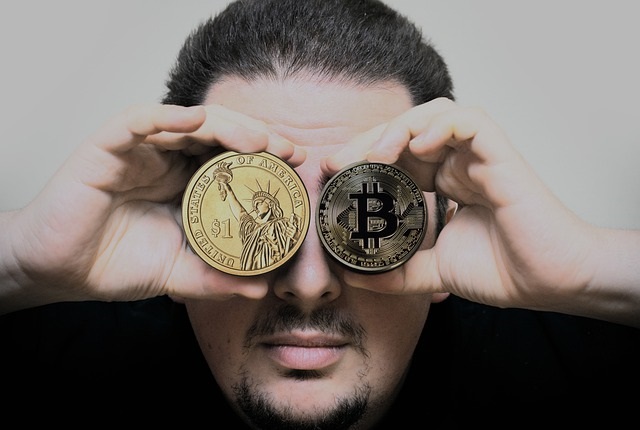 What’s In Your Fedcoin Wallet?

If you think the U.S. is not planning to roll out a “Fedcoin,” which is sponsored by the government and managed by the Federal Reserve, think again.

In fact, the Feds are already tooled up to make the U.S. a cashless society.

I think Facebook is trying to beat them to it with its Libra currency.

The Feds haven’t sat idly by for almost ten years allowing Bitcoin to rule the cryptocurrency without monitoring it.

And, China won’t be the only players spearheading this game.

They recognize that Bitcoin is a currency that acts like the “virtual currency” the U.S. uses to issue Electronic Banking Transfers (EBT) i.e. food stamps…

And, they have allowed Bitcoin because a cashless society has been part of their scheme for decades.

In fact, the U.S. is already using this “invisible” currency with food stamps and debit cards… to test the American people and get us used to accepting something different.

As you know, with these transactions, no cash exchange hands.

Today, debit cards are the predominant mechanism for monetary transfers in the U.S.

Research shows that credit and debit card purchases comprise two-thirds of in-person transactions in the U.S., and are the primary means of e-commerce.

As e-commerce becomes a larger portion of retail sales in the U.S. every year, the use of invisible money cards is likely to increase, and as a consequence Fedcoin.

You see, the government uses subtle approaches to ease drastic changes on the American people.

Subtlety makes it easy for you and I to accept something we may otherwise object too.

Do you think any recipient would object to not receiving the “money” just because it is in the form of cryptocurrency?

These groups and other debit card users have already become conditioned.

Even though cash is still king in the U.S., most of our money is digitized already.

And, that is the case whether your money is in checking accounts at the local bank, or in bank reserves with the Fed.

Only a fraction of our money supply is in paper money in circulation.

They are slowly phasing out paper money and many retailers refuse to accept the $100 bill.

Besides, all you can get at the ATM is $20 dollar bills.

A successful Fedcoin, as the nation’s medium for money, would make bank notes, credit card companies, and Bitcoin obsolete!

The Feds may have valid reasons for needing a cryptocurrency.

However, what will happen to all of the cash many people have declared and undeclared that’s under the mattress?

Don’t get me wrong.

I am in favor of all currency being recorded—Uncle Samuel needs his!

What I Know About Bitcoin Cryptocurrency

In a nutshell, Bitcoin was created by Japan to make the dollar obsolete.

Japan has been trying to get economic revenge on the U.S. since their defeat in WW2.

My research has uncovered the “blockchain” protocol was first proposed in 2008 in a white paper entitled “Bitcoin: A Peer to Peer Electronic Cash System,” by the mysterious Satoshi Nakamoto, who is the “author of confusion.”

The paper argues it is possible to replace centralized authorities that verify currency [U.S. currency] – commercial and central banks – with a decentralized public blockchain of transactions.

I don’t know about you, but this sounds sneaky.

Nevertheless, the American people still trust the dollar opposed to Bitcoin because:

As the dollar is a legitimate currency, those reasons sound plausible to me.

On the other hand, a blockchain currency is as clear as mud to the average person and too complicated for me to explain.

Although, I have a good grasp of it’s terms such as “blockchain,” “wallet,” “mining,” etc.

Anything this technical and confusing, to the average person, can’t be believable.

More importantly, Bitcoin poses a massive threat to the Fed’s ability to regulate and tax us, which we’re also used too.

Can A New Cryptocurrency Solve A Myriad Of Problems?

If the world thinks Fedcoin or any other blockchain has the potential to solve the problematic financial system, they’re wrong.

How can something so simple, in theory, and complex solve the financial chaos of security and money laundering, etc. when there is just as much of the same crime on the Internet?

And, what if money backed by the full faith and credit of the U.S. was on a blockchain such as Facebook’s Libra?

If I know anything about the Federal government, it has problems securing the personal data of former employees.

Yet, since a cashless society is inevitable, the Feds and law enforcement already know how they plan to deal with certain dilemmas, such as tax and arresting people, fraud, security breaches, etc.

Also, how legitimate is a “mining” machine, which is essentially feigning invisible money?

I see that cryptocurrency mining machines can be purchased online.

Also, I saw, on YouTube, that these machines use a lot of electricity.

If you’re following the stock market, cryptocurrencies are volatile and risky.

Moreover, the IRS treats Bitcoin as stock or real property.

In that case, I would prefer the Fedcoin since it is akin to the U.S. dollar, which I know!

Is Fedcoin Much To Do About Nothing?

I could see Fedcoin becoming mainstream like EBT but, could Bitcoin be that widely accepted?

To receive or spend Fedcoin, you and I will probably have an EBT wallet (so to speak) account with the Fed.

For the unbanked, getting a Fed account would be easier than getting a bank account, case in point:  food stamps, welfare, Social Security, Veterans Pension, etc.

I imagine the application would require certain identifying information such as name, DOB, proof of address and citizenship, etc.

Without certain information, I doubt whether you will be able to receive Fedcoin and make transactions.

It really doesn’t matter to me whether the U.S. currency is sticks, shells or Fedcoin as long as I can use it as a legal tender medium for my livelihood.

Basically, that is all most Americans are interested in.

Is the coin on the card when it is supposed to be there?

Now that Bitcoin and China has given rise to several other blockchains, it has forced the U.S. to show their cryptocurrency hand ahead of schedule.

This has given the Feds the convenient excuse, not that they need one, to implement a cashless society ahead of schedule.

This is an Editorial from the Publisher in Residence at the Rural Money Homestead.