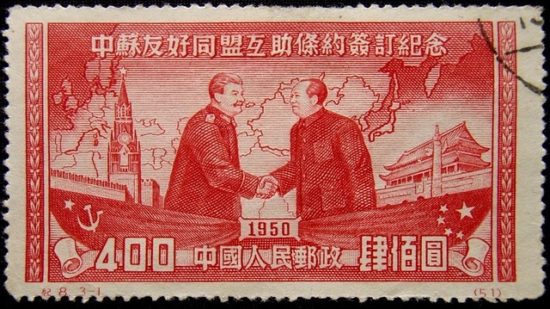 Chinese Collectible Stamps: Why China Is The Number One Buyer

China Has 20 Million Avid Stamp Collectors To Buy Your Stamps

Every stamp tells a story and they don’t come much better than this one, which is why Chinese collectible stamps are number one.

China is now the number one buyer of Chinese collectible stamps.

Why Stamp Collecting Is So BIG In China

My good friend, Paul Fraser has visited China several times in the past 10 years.

He says, “The experience always takes my breath away.

The buzzing excitement in the stamp markets, the electric tension in the auction rooms and more people buying stamps in one room than I have ever seen in my life.”

Such is the Chinese stamp market.

It is hard to imagine that up until 1978, stamp collecting in China was strictly forbidden.

Under Chairman Mao, the hobby was banned.

It was considered under the communist regime a bourgeois activity.

In the 1960’s, the communist power was against collecting historical items.

Collecting was classified as capitalist behavior.

“Many terrified Chinese citizens burned their stamp collections or smuggled them out of the country.”

People lived in fear of being singled out and arrested.

If arrested, the accused would be forced to publicly admit to their supposed crime.

If they resisted, they would be subjected to physical and verbal abuse until the forced confession was made.

These were called “struggle sessions”.

Millions of these struggle sessions led to public execution, often attracting audiences of thousands of people.

Mao died on September 9, 1976. In 1978, reformers led by Deng Xiaping came to power bringing an end to Maoism and the barbaric “struggle sessions”.

“Mao failed in his attempt to kill stamp collecting.”

The Chinese quickly picked up their beloved hobby again, but with a heightened fervor.

By the year 2000, the Chinese government put in place schemes to encourage schools to start stamp collecting clubs.

Because of this, the average age of a stamp collector in China is much younger than the rest of the world.

In China, collecting stamps is cool—again.

Building a valuable collection is considered a status symbol.

The Chinese are also much more attuned to the benefits of investing in tangible assets.

Wealthy Chinese individuals are reported to put 17% of their wealth into art and collectibles on average.

This is no surprise, particularly with Chinese stamps rising in value by over 11% pa on a compound basis over the past 25 years.

There are now estimated to be 20 million stamp collectors in China, representing a third of the total number of collectors in the world.

Classic rare stamps continue to be in high demand as Chinese collectors look to reclaim their cultural history.

After all, it was so nearly erased.

The Story Of The Ruthless Empress

Do you have this collectible stamp?

The Dowager Empress of China, Tzu-hsi was the first to feature on a commemorative set of Chinese stamps, in 1894.

The story of her life within the Forbidden City and her reign remains veiled by varying versions of the truth written in history.

At the age of 16 or 17, a pretty Tzu-hsi was recruited to the Harem of the Son of Heaven, the Hsien-feng emperor.

She would be presented naked other than a red robe to the emperor on demand.

Her way to power was by giving the emperor his only son, Tung-chih.

Her son succeeded his father at the age of five or six in 1861.

As co-regent she became the Dowager Empress.

This effectively meant she ruled the country, becoming one of the most powerful women in the history of China.

Tzu-hsi was ruthless and she maintained her power even after her son reached the age of 17 by feeding him women and opium.

His favorite concubine was pregnant with a possible heir at the time.

She died in mysterious circumstances.

Tzu-hsi then became regent again, this time for her three-year-old nephew, Kuang-hsu.

Tzu-hsi went on to effectively rule the country for almost 50 years.

In 1908, she suffered a severe stroke, shortly before her 73rd birthday.

Historians still debate whether she was behind the death of Kuang-hsu who died a day before her own death.

Despite the somewhat dark aspects written in history about the Dowager Empress (now often referred to as the Dragon Empress), the government in China benefited from her iron rule.

During her reign, rebellions were quelled, schools were created for the study of foreign languages and a modern customs service was instituted.

She even attempted to end government corruption, recruiting only “men of talent”.

In November 1894, a special set of 9 stamps was issued to commemorate the 60th birthday of the Dowager Empress.

These were the very first commemorative stamps issued in China, two years before the Chinese postal service came into being.

The Dowager Empress commemorative stamps were lithographed and printed in Japan on white wove paper, watermarked with “Ying Yang”.

The stamps were in heavy demand and were reprinted in Shanghai.

The designs of the stamps printed in Shanghai are less clear, the work rougher, the colors lighter and the gum white and watery.

A special set of the 60th birthday of the Dowager Empress stamps called the “Mollendorf” set was issued in 1897.

These were given as gifts to high-level government and foreign officials.

These stamps were printed on thicker paper in Shanghai and of the same colors as the originals.

The stamps were not watermarked.

There are only 900 sets known to exist.

The most recent Stanley Gibbons China catalogue was published in 2015.

The price quoted in the catalog for the Mollendorf set is $16,062.

I am reliably informed that the next edition of the Stanley Gibbons China catalog is due out later this year.

I have no idea whether the price will rise in the next edition, but it might!

I’m checking my 45-year stamp collection because China is the number one buyer of collectible stamps.

I just may have one or two to make some rural money!

Perhaps, you should check your stamp collection too.